This summer I’ve been participating in Google Summer of Code with GnuplotRB project (plotting tool for Ruby users based on Gnuplot) for SciRuby. GSoC is almost over and I’m releasing v0.3.1 of GnuplotRB as a gem. In this blog post I want to introduce the gem and highlight some of its capabilities.

There are several existing plotting tools for Ruby such as Nyaplot, Plotrb, Rubyvis and Gnuplot gem. However they are not designed for large datasets and have fewer plotting styles and options than Gnuplot. Gnuplot gem was developed long ago and nowadays consists mostly of hacks and does not support modern Gnuplot features such as multiplot.

Therefore my goal was to develop new gem for Gnuplot which would allow full use of its features in Ruby. I was inspired to build an easy-to-use interface for the most commonly used features of Gnuplot and allow users to customize their plots with Gnuplot options as easily as possible in Rubyesque way.

There are vast of plotting styles supported by GnuplotRB: 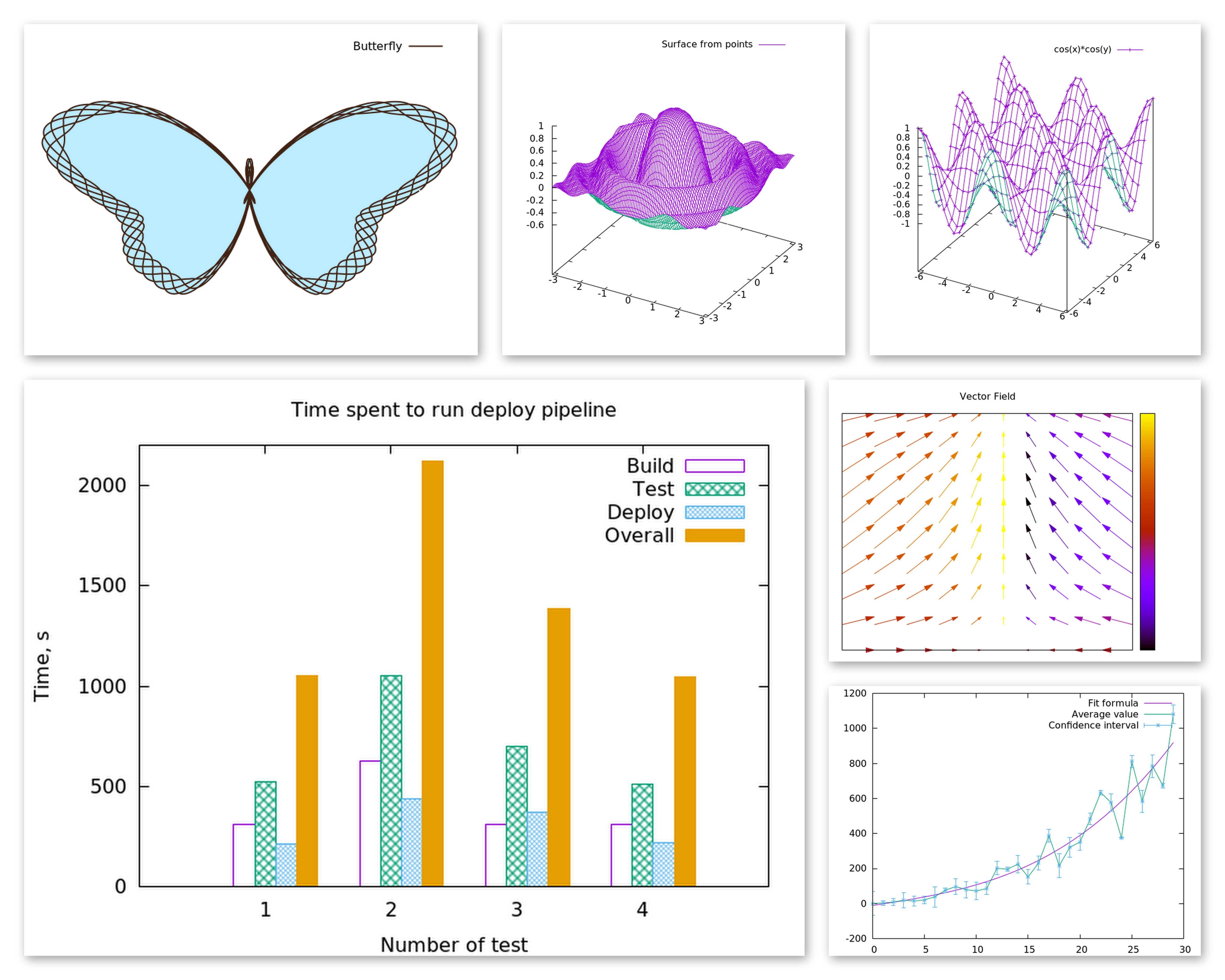 For code examples please see the repository README, notebooks and the examples folder.

GnuplotRB::Multiplot allows users to place several plots on a single layout and output them at once (e.g., to a PNG file). Multiplot notebook.

Here is a multiplot example (taken from Sameer’s notebook): 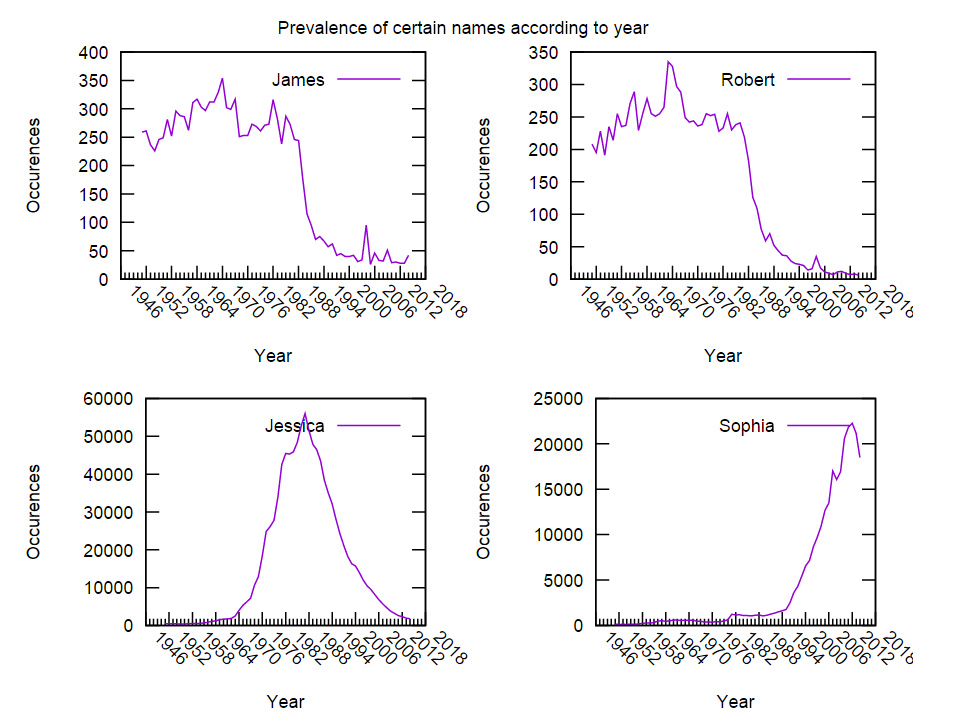 GnuplotRB may output any plot to gif file but GnuplotRB::Animation allows to make this gif animated. It takes several Plot or Splot objects just as multiplot does and outputs them one-by-one as frames of gif animation. Animation notebook.

Although the main GnuplotRB’s purpose is to provide you with swift, robust and easy-to-use plotting tool, it also offers a Fit module that contains several methods for fitting given data with a function. See examples in Fit notebook.

Integration with other SciRuby tools

GnuplotRB plots may be embedded into iRuby notebooks as JPEG/PNG/SVG images, as ASCII art or GIF animations (Animation class). This functionality explained in a special iRuby notebook.

To link GnuplotRB with other SciRuby tools I implemented plot creation from data given in Daru containers (Daru::Dataframe and Daru::Vector). One can use daru gem in order to work with statistical SciRuby gems and plotting with GnuplotRB. Notebooks with examples: 1, 2.

You can pass to Plot (or Splot or Dataset) constructor data in the following forms: